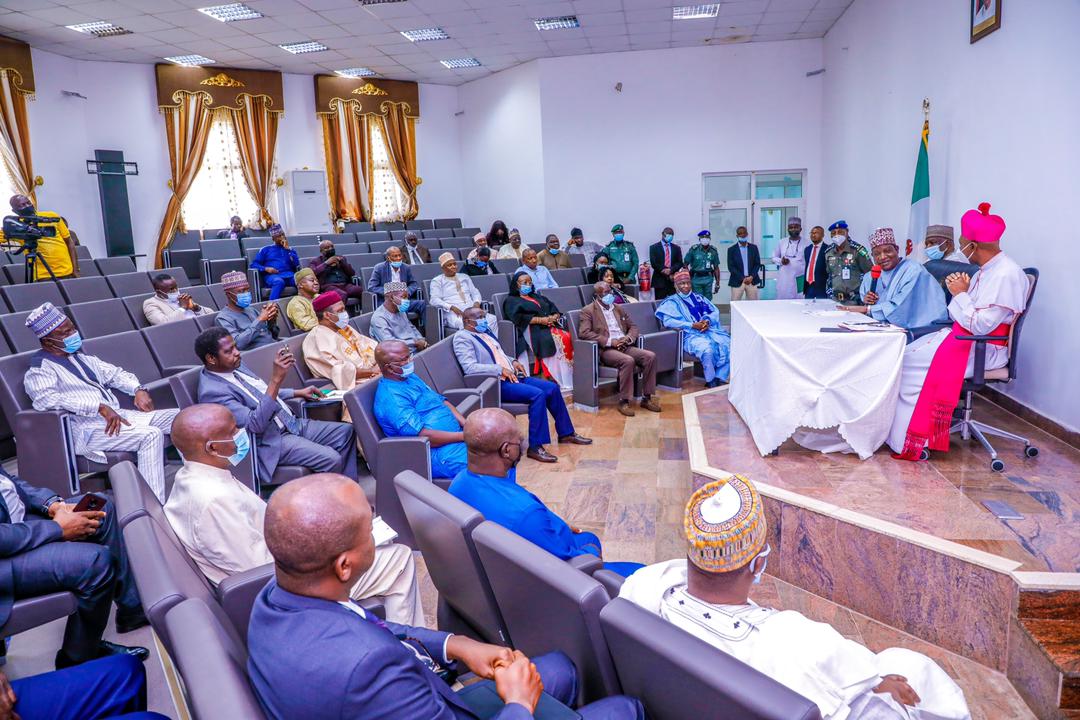 Plateau State Governor Simon Bako Lalong has assured of greater commitment of his administration for the rapid development of the Plateau State University, Bokkos (PLASU).

The Governor who is the Visitor to the University, gave the reassurance when he recieved members of the new Governing Council for the University led by the Pro-Chancellor and Council Chairman, Monsignor Prof. Ibiora Ike during a courtesy visit to the Government House Rayfield Jos.

Lalong said the University has continued to grow rapidly after his Rescue Administration revived it on assuming office by making various interventions in academic reform and research, infrastructure, administration, staff welfare and higher student population.

The Governor said the Government is aware of the challenges of the Institution and has been doing its best to meet them based on available resources. He said COVID-19 has affected the funds of the State, making it difficult to fulfill all commitments including the demands of ASUU.

He however assured the Council that the Government will do its best for the institution, hoping that revenues will rise soon to enable the Government attend to other outstanding issues. The Governor also said he will continue to lobby and make contacts at the Federal Government and through the private sector for interventions that will facilitate research and teaching in the University.

Pro-Chancellor and Chairman PLASU Council, Monsignor Prof. Obiora Ike appreciated Governor Lalong for appointing him and other members of the Council, assuring that they will do their best to ensure that the University is taken to greater heights.

He said the council had held its inaugural meeting where some of the challenges of the Institution were highlighted. These according to him include staff welfare, more infrastructure, and other amenities to expand the scope of academic progress of the school.